Bryce and Melissa from MAFS are Engaged and Expecting TWINS

As a fan of the television show Married at first sight, I can admit I had concerns for Melissa and Bryce going the distance. There were times when Bryce appeared to have a little temper tantrum which gave us all reason to feel concern.

While ranting about Bec, Bryce had this to say: “I don’t know if she’s jealous that Liss is with me or not, hey I’m a good looking bloke but still Liss is the lucky one in this situation.”

It appears that my fears were unfounded as one  of the most controversial couples in Married at First Sight history,  Bryce and Melissa from MAFS are in love and are Engaged and Expecting TWINS.

With the chance of  Twins being either monozygotic (identical), meaning that they develop from one zygote that splits and forms two embryos, or dizygotic (fraternal), meaning that they develop from two eggs, each fertilised by separate sperm cells. This brings us to wonder whether it was Mel or Bryce who has twins in their families and will they be fraternal or identical twins?

Mel explained she burst into tears when she discovered she was expecting twins. “Bryce had to wait elsewhere due to COVID, so I was alone during the first ultrasound and she just came straight out with it – no warning. I couldn’t stop crying, it was very emotional. I think I said ‘holy s–t’ seven times.”

In an article published in the New Idea Bryce announced that  “It’s all happened very fast,”  New Idea. “It’s been a whirlwind, but we’re so incredibly happy,” added Mel.

Mel and Bryce’s baby is the second baby for a MAFS couple. The biggest success story to come out of MAFS S6 is Cam and Jules. The pair made it all the way to the end without any hesitation that their relationship wouldn’t work, ending with Cam asking Jules to legit marry him at the end of the show. They had a huge wedding, followed by the safe arrival of their son. 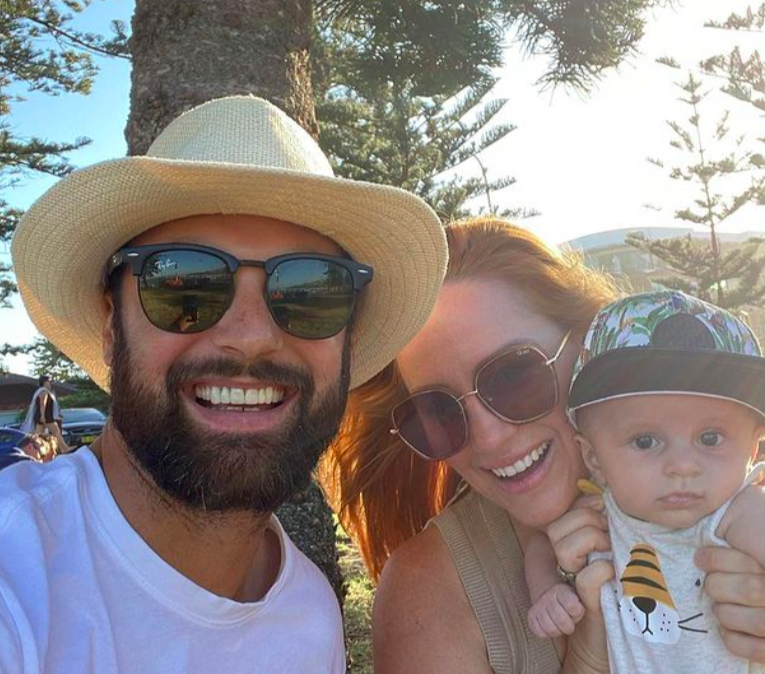 The couple drew criticism during their time on MAFS season 8, but they’ve since put it all behind them with Bryce’s LinkedIn account showing he’s a freelance commentator for Football Victoria after leaving his announcing gig at Hit 104.7 in Canberra and moving to Melbourne with Melissa.

“People saw on the show how supportive and loyal Mel was,” said Bryce, 32. “I’m pleased to say that’s transitioned to the real world.”

Bryce says the couple is truly happy. “We’re not doing this for anybody else, it’s about us – we’re cementing our love. Melissa deserves to be happy and I’m apparently very good at that, so I’m looking forward to making it all official.” Hmmmm… well if you do say so yourself Bryce.

The couple is reportedly planning a low-key wedding after the babies are born.

Being first time parents I am sure that they will be stocking up on all of the baby necessities. The joy and slight tiredness and confusion of being a parent is such a wonderful thing. Best wishes for the safe arrival.

House-Hunting for You, Your Spouse and the Kids